Ultimate search contestant narrates his experience before and after the show in an eye opining thread . 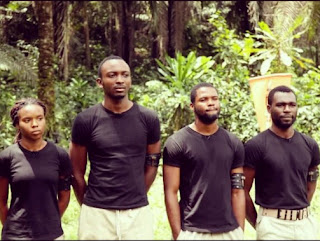 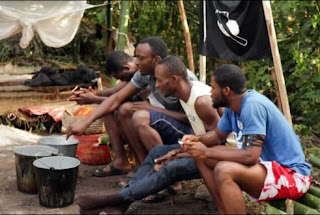 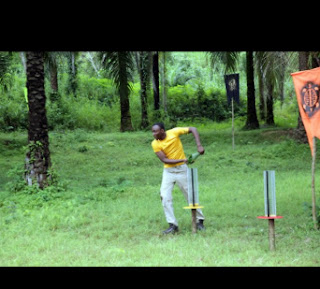 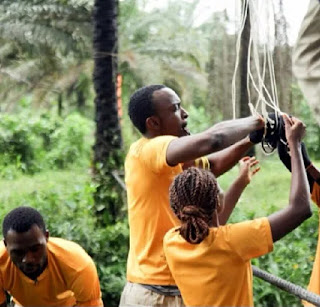 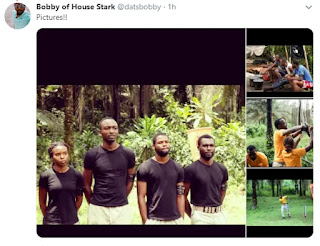 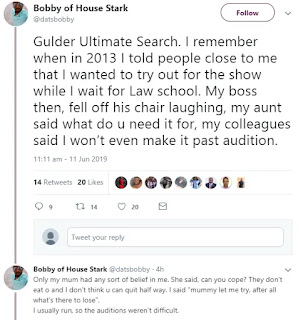 Bobby, a former contestant of the reality show Gulder Ultimate Search, has narrated his experience before and during the show.
Bobby told of being laughed at by everyone when he mentioned he wanted to audition for the reality show, which was quite popular some years back. He narrated how everyone, except his mother, discouraged him.
Bobby went on to audition and made it to the show. The former reality star, who made it to the final stage, said being in the jungle is the hardest thing he's ever had to do and if he has the chance again, he would never do it.