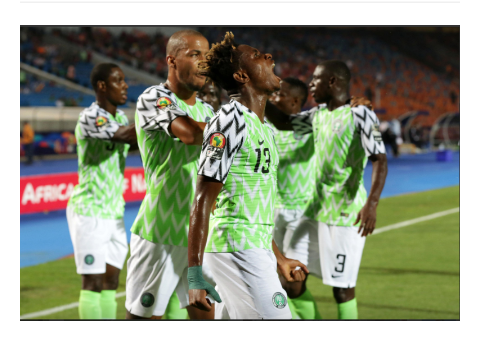 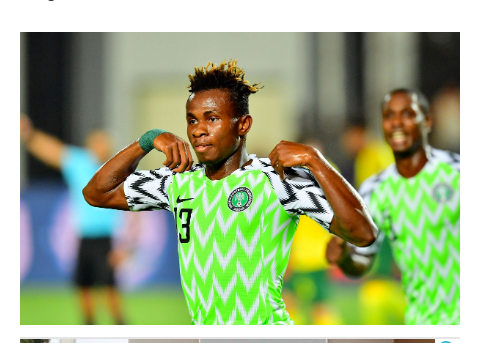 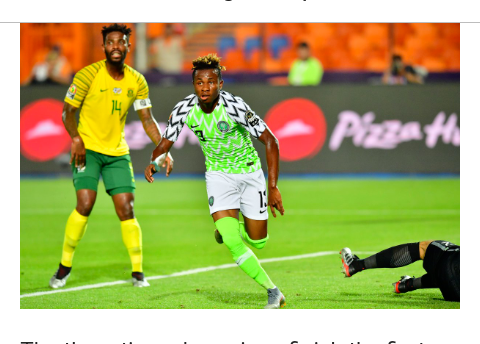 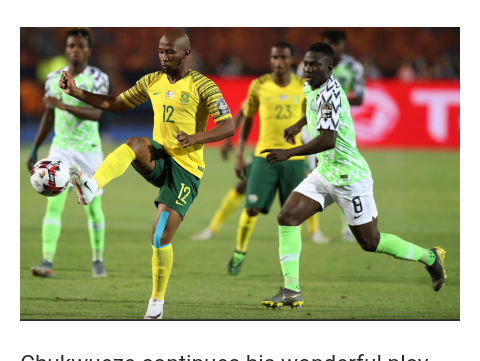 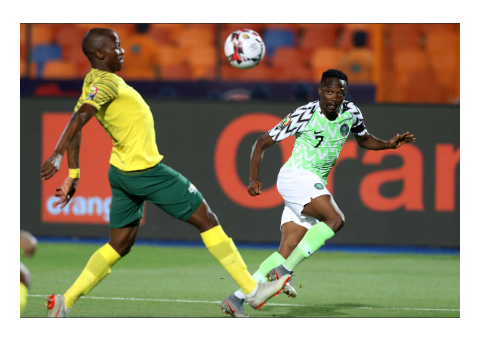 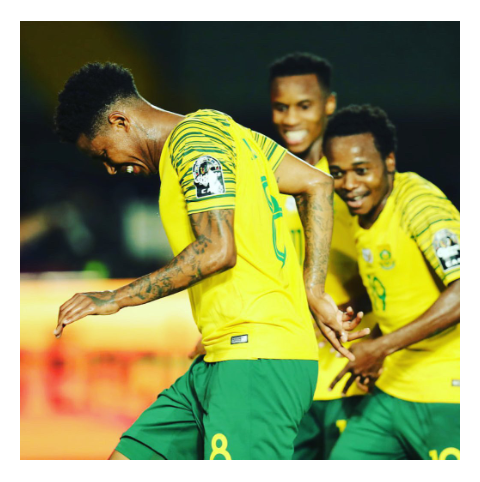 starsreporters.blogspot.com
Jul 10, 2019 9:52 PM
Super Eagles smooth sailed to the semi finals of the 2019 AFCON after BEATING South Africa 2-1 in the quarter finals of the ongoing tournament in Egypt. Two strikes in either halves by  Samuel Chukwueze and Williams Troost Ekong gave Nigeria the edge over Bafana Bafana.

Super Eagles coach, Gernot Rohr made two changes to the made two changes to the starting XI, with Nigerian young talented forward Samuel Chukwueze returning to the starting lineup for the second time in the competition after replacing Moses Simon who started in the 3-2 victory over Cameroon in the second round while Jamilu Collins starts in defense ahead of Ola Aina while their opponents manager Stuart Baxter stick with the same lineup that upset the host nation, Egypt in the round of 16.

Nigeria started has the better side very early into the game by pressurising the South Africans, the pressure eventually paid off in the 27 minute after a wonderful play from Ahmed Musa and Alex Iwobi on the left wing.  The Arsenal’s forward cross was met with a first attempt from Samuel Chukwueze but was blocked from the centre of the box before his second strike hits the back of the net to give Nigeria the lead

Advantage to the #SuperEagles as Chukwueze scores His First Goal in the #AFCON2019 #OperaNews#NGARSA
Rohr’s men keep up with the pace even after going one goal up and came close to adding the second goal in the 36th minute but Chukwueze put his attempt way over the bar. The Villarreal  man continue to torment the Bafana Bafana but he failed to connect with his teammates in the 18 yards with his attempt blocked.

The three time champions finish the first half as the best team with South Africa relying on counterattack which the Super Eagles midfield and defence were able to contain.

Nigeria started the second 45 minutes in the same vein they ended the first. They got the first shot on target from Oghenekaro Etebo’s stunning freekick
NIGERIA