IMN Has Been Proscribed – IGP 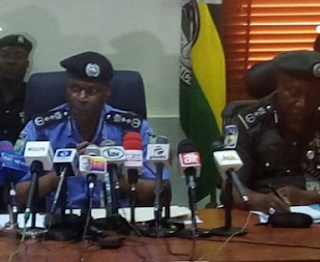 The Inspector General of Police Mohammed Adamu, has officially declared that the Islamic Movement of Nigeria led by Ibraheem Zakzaky has officially been proscribed and all protests by the movement banned.

According to him, anyone associated with the IMN or furthering their agenda will be treated as a terrorist and an enemy of the state.