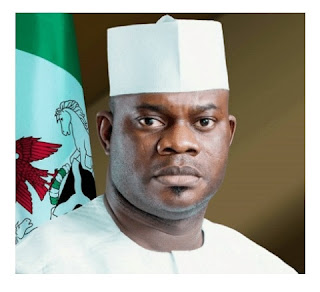 As the race for the All Progressives Congress (APC) governorship ticket begin, the incumbent governor, Alhaji Yahaya Bello was alleged to have earmaked a sum of N198mm to sponsor aspirants into the race ahead of the November 16 poll.

Desirous of plotting a hitch -free indirect primary with pseudo – contestants, the governor was said to have perfected plans to pay nomination forms of about 15 other aspirants.

It was gathered that Bello plot to purchase governorship nomination forms for the hired aspirants/members with the aim of promoting his preference for indirect mode of primaries as against the preference of direct primary by 20 aspirants.

Bello it was further learnt planned to mobilize the aspirants to join him in adopting indirect primary as he at the moment remain the only out the 23 in the party insisting on indirect primary.

Recall that 20 aggrieved aspirants stormed the party headquarters, in Abuja on Monday to demand for direct primaries urging the party to rescind its decision to
NIGERIA