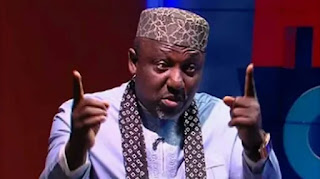 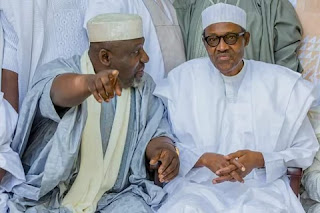 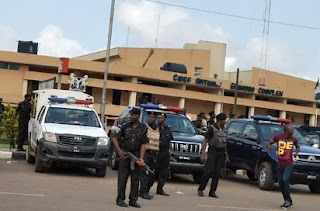 Senator Owelle Rochas Okorocha who represents Imo West in the upper legislative chamber, has kicked against the senate's interference in the crisis currently rocking the Edo State House of Assembly.

9 of the 24 members of the State House of Assembly held impromptu elections to settle on a Speaker and other principal officers.

Governor Godwin Obaseki would go on to proclaim the house which followed it all up with a formal inauguration.

These 15 members are demanding that Governor Obaseki withdraws his earlier proclamation recognizing the leadership of the house.

Obaseki's contention, however, is that his initial proclamation stands and that he can't issue a second.

This week, the senate considered a senate report on Obaseki's reluctance to inaugurate the Edo State House of Assembly for a second time.

Okorocha kicked against any form of interference because the senate risks going beyond its jurisdiction on a decision which, he said, was best left for the APC to settle as an in-house affair.

"There's no proof whatsoever that the Edo state house of assembly isn't functioning," Okorocha added. "We've had cases here or in the federal house where maces were taken away and no other national assembly came from anywhere to take over activities.

"I think this matter should not go outside the senate. Those of us in the caucus of the APC should resolve a family matter rather than make it a national assembly issue. What's happening here is a failure of leadership and it should be resolved", he added.

Regardless, the Senate on Monday issued the order compelling Edo Governor Obaseki, to issue a fresh proclamation inaugurating the Edo State House of Assembly within a week.

The Edo State Government has since defied the order, regarding it as unconstitutional and a blatant disregard of the principle of separation of powers.

Nigeria runs a presidential system of government with the principle of separation of powers underpinning how the the three arms of government--executive, judiciary and legislature-- dispense powers in the federation.

The national assembly is constitutionally empowered to interfere in the affairs of state legislatures when they run into trouble or are dealing with internal conflicts.

Governor Obaseki and national Chairman of the governing APC, Adams Oshiomhole, are currently locked in a supremacy battle for Edo.

Sources say the crisis in the state legislature has everything to do with the battle between both men.

Obaseki succeeded Oshiomhole as governor of the state.
Jude Egbas