The source added that Onoja was invited by the Economic and Financial Crimes Commission (EFCC) in 2011 but was let off the hook after bribing his way through the process.

The deputy governor of Kogi state, Edward Onoja, was sacked by Guaranty Trust Bank Plc for involving in a fraudulent act, a source told Stars Reporters. 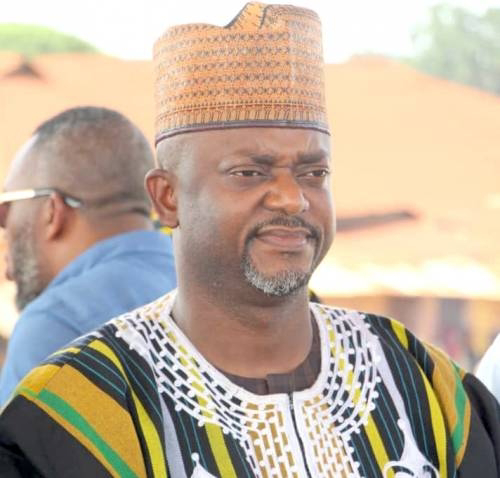 The source added that Onoja was invited by the Economic and Financial Crimes Commission (EFCC) in 2011 but was let off the hook after bribing his way through the process.

He was said to have issued a fraudulent Irrevocable Standing Payment Order (ISPO) dated 15th October, 2008 to another commercial bank in Lokoja, Kogi state capital.

“He was sacked by GT Bank after the fraudulent act was discovered. He was then the manager of the bank in Lokoja. He can’t deny that, all of us working with him then know him to be a fraudulent and selfish person. If he is sure of himself, tell him to present his letter of resignation from the bank if truly he has one,” a source told SaharaReporters.

Known for violence, Onoja was publicly seen leading thugs to snatch ballot boxes during the Lokoja/Kogi Federal Constituency bye-election in 2018.

He was arrested by the Department of State Security Services (DSS) over an alleged plot to attack a former Chief of Naval Staff, Vice Admiral Jibrin Usman (rtd).

His arrest and detention followed a tip-off of an impending attack on Usman by mercenaries identified as ex-Niger Delta militants.

Preliminary confessional statements obtained from the apprehended gang members by DSS allegedly fingered Onoja as mastermind of the planned attack.

SaharaReporters gathered that he was detained for some days before he was released after the intervention of his boss, Yahaya Bello.

starsreporters.blogspot.com is an outstanding, groundbreaking news website that encourages citizen journalists to report ongoing corruption and government malfeasance in Africa. Using photos, text, and video dynamically, the site informs and prompts concerned African citizens and activists globally to act, denouncing officially-sanctioned corruption, the material impoverishment of its citizenry, defilement of the environment, and the callous disregard of the democratic principles enshrined in the constitution.