Ikonso: IPOB Dares Buhari’s Aide To Reveal Identity Of Member Who Left After Death Of Its Commander 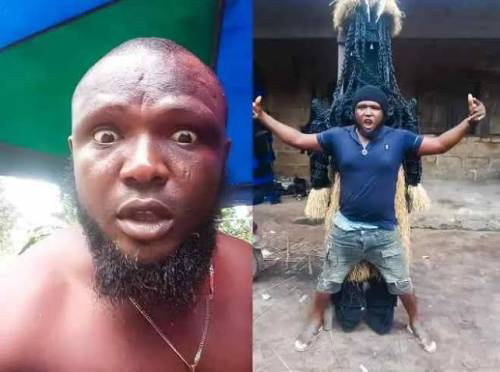 Onochie also stated that the South-East leaders should have control of the region, while commending the operation during which Ikonso was killed.

Presidential media aide, Lauretta Onochie says a member of the Indigenous People of Biafra has renounced the group after the death of a commander of the Eastern Security Network, Ikonso in Imo State on Saturday.

She shared the WhatsApp chat of an anonymous person she claimed had renounced IPOB on Sunday evening after the joint operatives of the Nigerian Army, police and State Security Service killed Ikonso and six other members of IPOB’s security arm, Eastern Security Network.

Onochie also stated that the South-East leaders should have control of the region, while commending the operation during which Ikonso was killed.

“A chat with a former IPOB member. We have his permission to share. The leaders of Ndigbo must take charge of their region as we are now beginning to see in Imo State. Nature abhors a vacuum. Where the leaders are silent vultures will crown themselves kings,” Onochie wrote on her Twitter page.

Reacting, the media and publicity secretary of the IPOB, Emma Powerful, told SaharaReporters on Monday that Onochie lied about it.

Powerful refuted the claim, asking the President’s Senior Special Assistant on Social Media to mention the name or reveal the identity.

“Don't mind that leader of **** in Aso Rock, where did she meet the IPOB member or ESN that chatted with her? Tell her to mention the name of that person and which number on WhatsApp, Facebook or Twitter?” the IPOB spokesman said.

While the security agents claimed that Ikonso was killed in Awomama village, Oru East Local Government Area of Imo State after penetrating the ESN camp, IPOB said he was attacked and killed while he was sleeping.