NNPC Writes Accountant General Over N111billion Shortfall In Oil Revenue, Says No Contributions To Federal Allocations For April, May

April and May which will in turn affect the revenue to be shared among states of the federation. 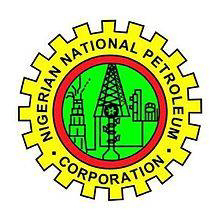 The Nigerian National Petroleum Corporation has written to the Accountant-General of the Federation, raising the alarm that it recorded a value shortfall of N111,966,456,903.74 in February 2021 which will affect its contributions to the Federal Allocations to states for April and May.

The NNPC in its correspondence dated April 26 explained that its shortfall is as a result of the landing cost of fuel which went up to “Ml 84 per litre as against the subsisting ex-coastal price of Ml 28 per litre” as the Federal Government and labour unions were still negotiating on not to hike fuel prices.

The NNPC Chief Financial Officer, Umar Ajlya Isa, wrote the letter, which was copied to the Minister of Finance, Budget, and National Planning, the Director General, Nigeria Governors Forum, the Director Home Finance and the Chairman, Commissioners of Finance Forum.

He stated that the NNPC would therefore not be contributing to the FAAC for April and May which will in turn affect the revenue to be shared among states of the federation.

He noted that the sum of N111,966,456,903.74 incurred as landing costs will be deducted from April 2021 Oil and Gas Proceeds due to the Federation in May 2021, which will translate to zero remittance to the Federation Account from NNPC in the month of May 2021.

The NNPC chief said, “Further to our previous correspondences on the above subject, we wish to advise on the projected remittance to the Federation Account for the months of April (May FAAC) to June, 2021 (July, 2021 FAAC).

“The Accountant General of the Federation is kindly invited to note that the average landing cost of Premium Motor Spirit (PMS) for the month of March 2021 was N184 per litre as against the subsisting ex-coastal price of N128 per litre, which has remained constant notwithstanding the changes in the macroeconomics variables affecting petroleum products pricing.

“As the discussions between Government and the Labour are yet to be concluded, NNPC recorded a value short fall of N111,966,456,903.74 in February 2021 as a result of the difference highlighted above. Accordingly, a projection of remittance to the Federation for the next three months is presented in the attached schedule.

“Accordingly, the AGF is invited to note that the sum of N111,966,456,903.74 will be deducted from April 2021 Oil and Gas Proceeds due to the Federation in May 2021, which will translate to zero remittance to the Federation Account from NNPC in the month of May 2021.

“This is to ensure the continuous supply of Petroleum Products to the nation and guarantee energy security. Please accept the assurances of my highest regards.”