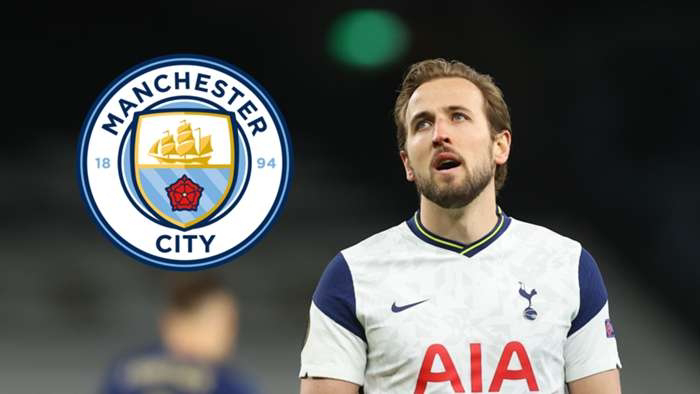 The England captain is pressing for an exit from north London, with the Premier League champions one potential suitor if he is able to depart

Pep Guardiola sidestepped questions over his interest in Harry Kane following Manchester City's defeat to Brighton & Hove Albion, indicating that he will not speculate over the Tottenham star's future.

The England captain has reportedly told Spurs that he wishes to leave this summer after losing confidence in their ability to challenge for trophies, with City, Manchester United and Chelsea mooted as potential destinations.

Kane, on course to nab the Premier League Golden Boot for a third time this term and preparing to lead Gareth Southgate's Three Lions in their latest international charge at success during Euro 2020, remains a highly respected talent - but Guardiola has refused to signal whether he is keen on acquiring his services.

What has been said?

Asked whether he would like to sign Kane during his post-match press conference, Guardiola offered a particularly short response, stating: “Next question please. He’s a Tottenham Hotspur player.”

Elsewhere, the Spaniard was in a particularly tetchy mood, following a game that saw his side reduced to 10 men early on following Joao Cancelo's controversial dismissal for a foul on Danny Welbeck, before tensions seemingly flared with opposite number Graham Potter at the final whistle.

"I'm not a referee, I cannot comment," he added to BBC Sport, before noting, in reference to Potter: "What I say to him is personal. Not here.".

The news that Kane wishes to depart north London, following another runners-up medal in this season's Carabao Cup final against City, indicates that the striker has grown tired of Tottenham's trophy drought, a run that stretches back to 2008.

However, with a long-term contract through 2024, the 27-year-old is tied to the club for the long-term future, meaning any potential move away would need to command a major transfer fee.

Even then, Tottenham would be loathed to lose arguably their linchpin player, particularly to a Premier League rival, while City's continued interest in Erling Haaland and Kylian Mbappe, combined with United's renewal of Edinson Cavani's deal at Old Trafford, arguably narrows his options.