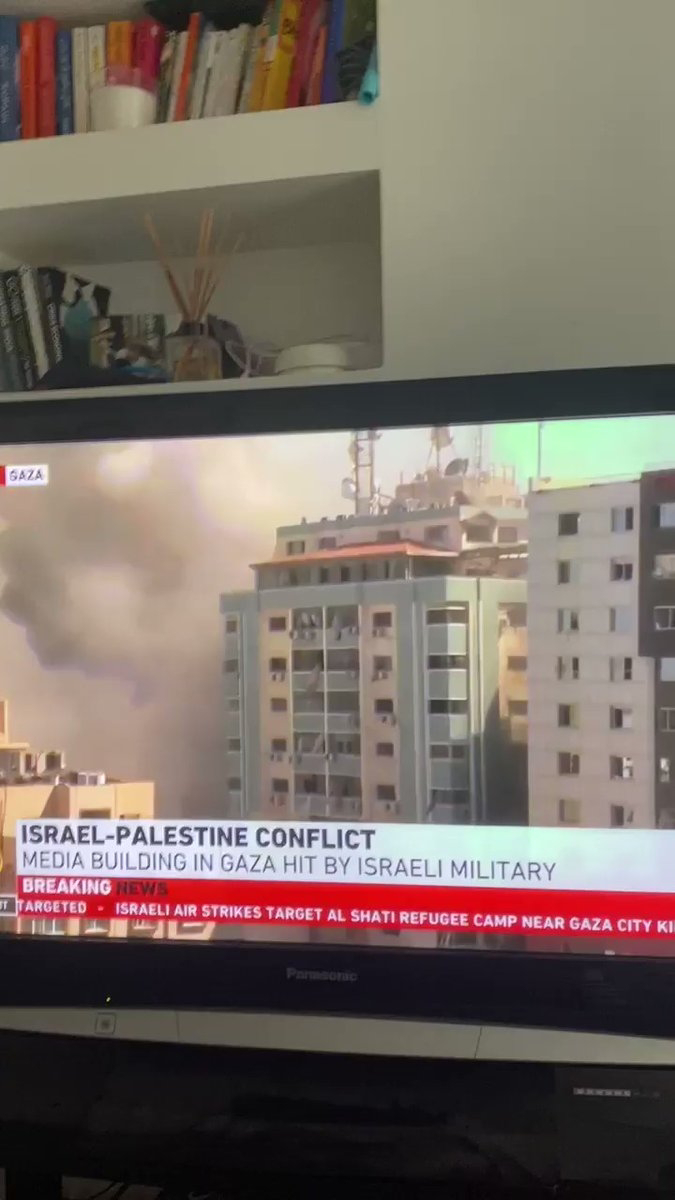 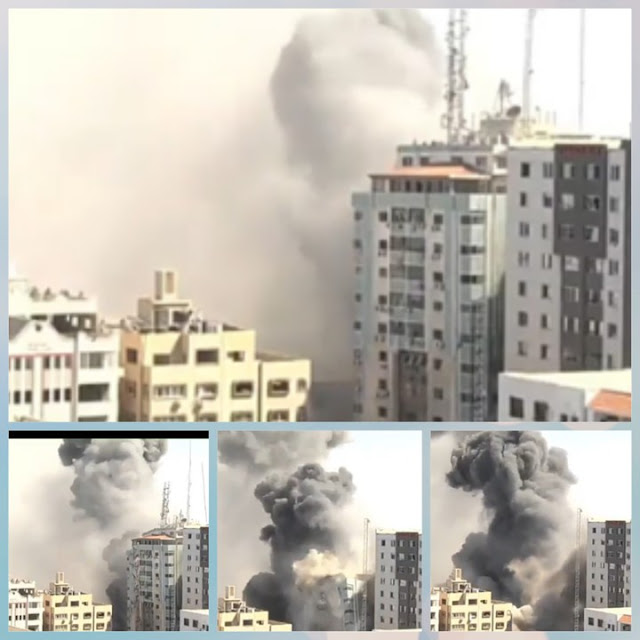 Israel warned residents of the building, which also housed residential apartments and the AP bureau, to evacuate an hour before the air raid.

A building that housed international media offices including Al Jazeera’s in the Gaza Strip has been hit by an Israeli air raid that demolished the structure.

It was not immediately clear if there were casualties in Saturday’s attack. Live Al Jazeera video showed the 11-storey al-Jalaa building, which also houses several residences and other offices, crashing to the ground after being bombed as dust and debris flew into the air.

A statement from Al Jazeera condemned the attack, calling on “all media and human right institutions to join forces” in denouncing the bombing and to “hold the government of Israel accountable”.

“Al Jazeera condemns in the strongest terms the bombing and destruction of its offices by the Israeli military in Gaza and views this as a clear act to stop journalists from conducting their sacred duty to inform the world and report events on the ground,” the statement read.

“Al Jazeera promises to pursue every available route to hold the Israeli government responsible for its actions.”

Meanwhile, the AP said on Saturday it was “shocked and horrified” by the Israeli air attack.

“The world will know less about what is happening in Gaza because of what happened today,” Pruitt said.

“The building also hosted offices of civilian media outlets, which the Hamas terror group hides behind and uses as human shields,” it said. But it provided no evidence to back up the claims.

“I have been working in this office for more than 10 years and I have never seen anything [suspicious],” Al Jazeera’s Safwat al-Kahlout, reporting from Gaza City, said.

“I even asked my colleagues if they’ve seen anything suspicious and they all confirmed to me that they have never seen any military aspects or the fighters even coming in and out,” he added.