Little Girl, 4, leaves people in stitches with her essay about her dad 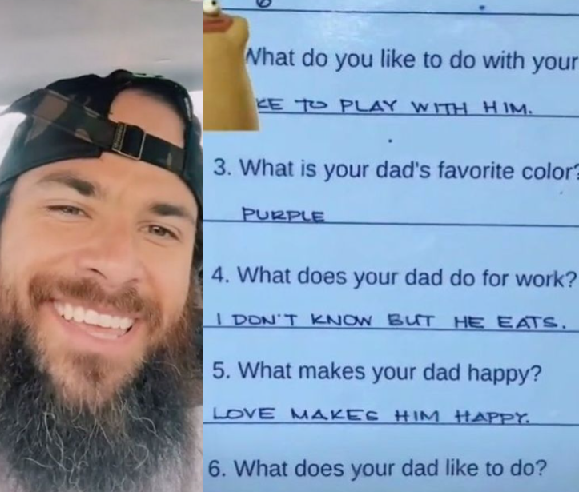 A man has shown the essay his 4-year-old daughter wrote about him in a project for her pre-school.

In a funny clip uploaded on TikTok, the father, Zach @dadrealbad, displays his little girl's completed essay and it paints an interesting picture of his character and hobbies.

In the TikTok video, the dad tells viewers: "Alright, so they did this 'All about my dad' thing at my daughter's pre-school... It says, 'What does your dad do for work?' and she wrote, 'I don't know but he eats." Further down in the hobbies section, her answer is: "My dad likes to eat dinner." 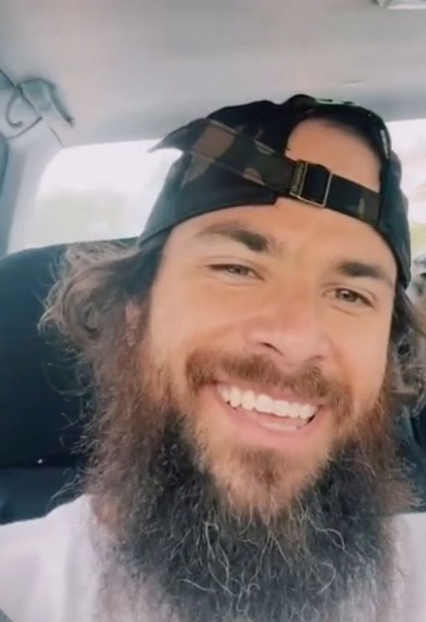 The father then goes on to show a picture of the essay in which the girl hilariously claimed that her dad is just six years old.

Asked what she likes to do with her father, she wrote: "I like to play with him."

The child admitted that her dad is good at football and adorably wrote that "love makes him happy".

The clip was a huge hit on the video-sharing app and many viewers had their own funny tales of when kids had been brutally honest about them.

See a part of the essay below. 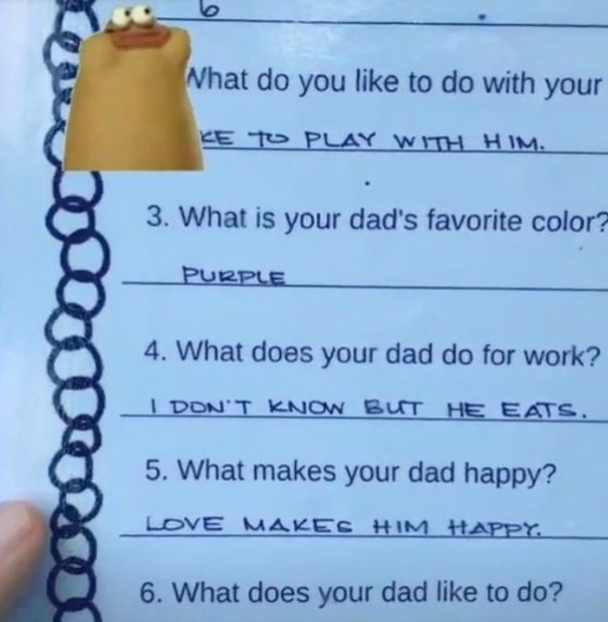