Showing posts from June, 2021
Show all

A final year student of the University of Benin (UNIBEN) has been shot dead by yet-to-be identified gunmen, the state police command has confirmed. Augustine Izu was killed after gunmen invaded his compound in Ugbowo, Edo State on Tuesday evening, June 29, 2021, hours after his final paper and signing out. While the Political Science student died on the spot after being shot by the mask-wearing gunmen, his friend Walter Emeka survived after being shot in the arm. Emeka is said to be responding to treatment. In a related development, another student of the institution, Joshua Oginigbo, was also reported to have been shot on Tuesday by unknown gunmen. Oginigbo was shot on the head around the June 12 Secretariat in the campus. The victim was said to be in critical condition and receiving treatment at the University of Benin Teaching Hospital. It was also gathered that both shootings were said to be cult related ‌
Post a Comment
Read more 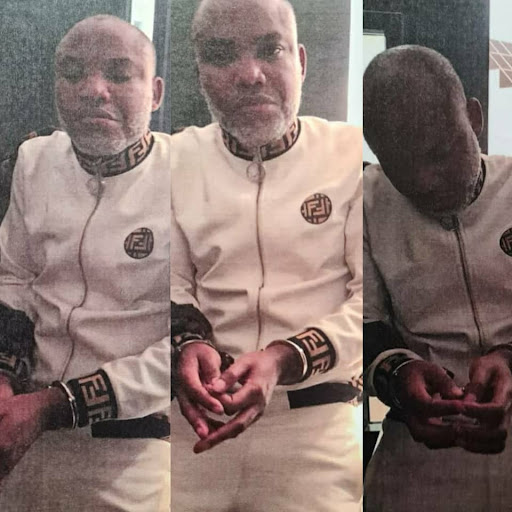 The Federal government has arrested the leader of the proscribed Indigenous People of Biafra IPOB, Nnamdi Kanu.   The Minister of Justice and Attorney General of the Federation, Abubakar Malami, disclosed this to newsmen today June 29. Kanu was arrested in the UK and extradited to Abuja.    According to Malami, Kanu's arrest followed a collaborative effort between security agencies in Nigeria and Interpol. He further disclosed that Kanu would be taken before the Federal High Court in Abuja for the continuation of his trial on charges bordering on terrorism, treasonable felony, unlawful possession of firearms and management of an unlawful society.   Kanu was granted bail in April 2017 on health grounds but skipped bail after flouting some of the conditions given to him by the court. He has been on the run since then. Justice Binta Nyako who granted his bail on grounds of his ill health later revoked it on March 28, 2019 and issued a Bench warrant for his arrest in any part of the co
Post a Comment
Read more Prince William has been heavily slammed by royal fans on social media after he allegedly criticized Meghan Markle.   A royal expert claimed in the Daily Mail that the future king, 39, had called his brother Harry’s wife “that bloody woman” over the way Meghan, 39, had treated his staff.   According to Robert Lacey, Prince William reportedly called Meghan Markle "that bloody woman" and accused her of being "merciless" to staff.   Lacey, author of the new book Battle of Brothers, wrote in the Daily Mail: "According to one of my sources, it's been pointed to him that everyone has a difficult sister-in-law.     "William's response was to nod his head in sage acceptance. Then suddenly he broke out angrily. 'But look at the way that bloody woman treated my staff - merciless!'"   William's alleged comments led to many royal fans sharing their contempt on Twitter, one claimed that William is "competing to be like Piers Morgan".
Post a Comment
Read more

Lovely photos of actress, Tonto Dikeh, and her new man, Prince Kpokpogri, at his birthday party ! 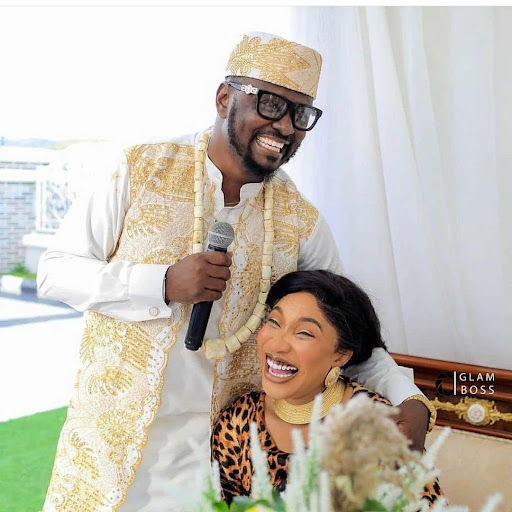 Tonto Dikeh and her new man, Prince Kpokpogri, looked so in love at his birthday party which took place over the weekend. Prince turned a year older over the weekend and a birthday celebration was held in his honor.   One of the high points of the day was when Tonto presented her man with the keys to an expensive gift. She got so emotional when he received it and gave her a kiss. See more of the photos below...
Post a Comment
Read more

Ant Anstead Chokes Up As He Lives His 'Boyhood Dream' of Driving Up Dangerous Pikes Peak !

Ant Anstead  is on top of the world — and it's not just because of his  whirlwind romance with Renée Zellweger . The British television personality, 42, shared with his Instagram followers that he  achieved his "boyhood dream" of ascending the dangerous Pikes Peak in Colorado, the site of a century-old race that has claimed several lives over the years. "Bucket list ticked… nerd style," he captioned a video from the driver's seat of a custom Acura. "Wow, I'm having one of those boyhood dream moments again," Anstead said in a selfie video. "Because I've just landed at the top of Pikes Peak in Colorado." RELATED:   Renée Zellweger and Ant Anstead Are Dating as He Finalizes Divorce from Christina Haack He explained the significance of the Pikes Peak International Hill Climb (a.k.a. The Race to the Clouds), which is in its 99th year. The race takes place on a 12.42-mile track, featuring 156 turns and a 4,720-ft climb to the finish lin
Post a Comment
Read more

Justin Bieber sets a boundary with fans waiting outside his apartment: 'This is my home !

Justin Bieber on the red carpet.  Justin Bieber  set things straight with fans who were waiting outside his New York City apartment.  In a video  TikTok user @VanessaFex posted on Friday, June 25, the "Sorry" singer walks from a car to his apartment building, to find a crowd of fans are waiting for him outside the entrance. Once he reaches the group, he turns to a fan who asks him for a hug and politely explains why he doesn't want them to wait outside his residence.  "I hear you, I hear you. But this is my home. You know what I mean? This is where I live," he explains. "And I don't appreciate you guys being here. You know when you come home at the end of the night, and you want to relax? This is my space to do that. So I would appreciate it if you guys could leave."  It's unclear when this video was taken, as @VanessaFex called it a throwback in her caption.  The "Baby" artist previously  called out fans on his Instagram Story  in Oc
Post a Comment
Read more 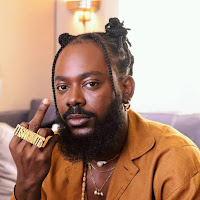 Recording Academy member, Richardine Bartee has explained how people get nominated for the prestigious Grammy Award, and the next set of Nigerian artistes that might win one in five years. Adekunle Gold, Olamide may win Grammy Awards in 5 years – Member, Recording Academy She spoke on the heels of Nigerian superstars, Burna Boy and Wizkid, winning Grammy’s at the 2021 edition. Burna won the Global Music Album category for Twice as Tall album while Wizkid snatched one for his song with Beyonce under the Best Music Video category. In an interview with Legit, Bartee, said that artistes like Olamide, Patoranking, Adekunle Gold stand a chance of winning Grammy awards in a few years going by the selection criteria. Speaking further, the publicist said that she loves the fact that there is always music coming out of Nigeria with proper cultural representation. Richardine briefly explained the process that proceeds the Grammy nomination of any artiste and touched on how important promotion is
Post a Comment
Read more

Prince Harry and Meghan Markle Prince Harry, Duke of Sussex Younger son of Prince Charles, Prince of Wales, and Diana, Princess of Wales   Archie Harrison Mountbatten-Windsor may or may not get a title, depending on exactly what Prince Charles  plans on doing with the royal family  when he ascends the throne, but according to the U.K. newspaper the  Telegraph ,  Prince Harry  and  Meghan Markle decided not to give their son a particular title when the chance arose. Back in 2018, before Harry and Meghan got married, Queen Elizabeth gave her grandson the title Earl of Dumbarton and reports state that Archie could have inherited the title. Meghan and Harry nixed the idea, reportedly saying that they didn't want their son to be objected to jokes about being "dumb." Harry's  official titles  include The Earl of Dumbarton when he's in Scotland, Baron Kilkeel in Northern Ireland, and His Royal Highness The Duke of Sussex, which he also inherited when he married in 2018.
Post a Comment
Read more
More posts