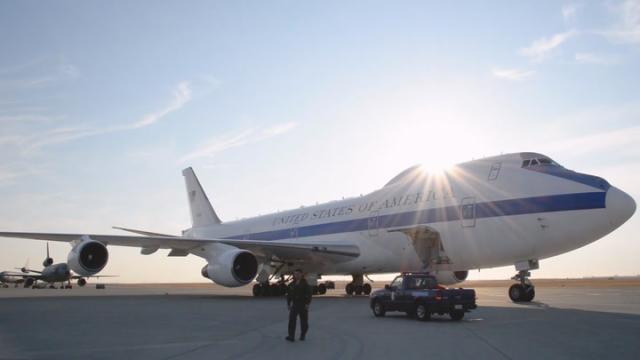 The crew of a heavily armed US Air Force gunship received awards this week for saving dozens of lives by pouring non-stop fire on the enemy during a fight in Afghanistan.

"I always say gunships are a team sport; you really can't do something like this without a great team," McCall said. "Shadow 71 has talent from front-to-back."

The Distinguished Flying Cross citation said that "the professional competence, aerial skill, and devotion to duty displayed by the AC-130J crew reflect great credit upon themselves and the United States Air Force."

The AC-130J is the latest version of a US gunship with a combat history dating back to the Vietnam War. The 73rd Special Operations Squadron, according to the Air Force, was the first AC-130J squadron. It was activated at Hurlburt Field, Florida, which is where the awards were handed out this week.

Previously described by Air Force officials as a "bomb truck with guns on it," the AC-130J gunship is armed with a Precision Strike Package consisting of 30 mm and 105 mm cannons, as well as standoff precision guided munitions, including both bombs and missiles.

The AC-130J took to the skies over Afghanistan for the first time in June 2019, just a few months before the crew of Shadow 71 would carry out the mission during which they heroically saved the lives of fellow troops.

The commander of Combined Joint Special Operations Air Component-Afghanistan told Stars and Stripes that fall that the AC-130Js were getting called out to support missions every single night and that in a period of about four months, the gunships had flown over 200 sorties.

An enlisted leader told the paper at the time that the Ghostriders not only emboldened troops on the ground but have also saved lives.