Shay Mitchell gets called out for cultural appropriation: ‘Why would you choose box braids?’ 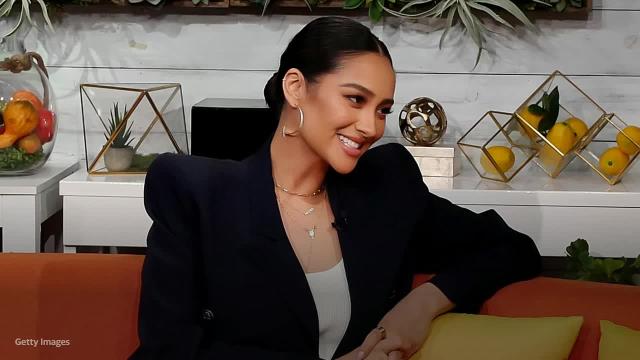 Shay Mitchell is being called out for cultural appropriation after posting a TikTok video in which she's seen in box braids.

The 34-year-old Pretty Little Liars alum posted the video on Wednesday showcasing "fits on fits" that were styled for a photoshoot. And while some praised Mitchell's clothes, many people were up in arms about the Canadian actress styling her hair in braids for some of the looks.

"It's the culture vulture braids for me," one person commented, while another advised, "girl...delete this whilst u can."

One commenter asked "who keeps authorizing the braids," pointing to the fact that it isn't the first time Mitchell's worn the style and been called out for it. In fact, she received criticism after posting a photo from the same ’90s-inspired shoot to her Instagram one month ago.

"This is a little black-fishy shay," one person responded to the photo. Others echoed, "Cultural appropriation. This is not the way," and, "Honestly you having braids makes me feel uncomfortable."

Another pointed to the ongoing conversation around non-Black celebrities appropriating Black style, typically centered around the Kardashian-Jenner sisters who have been called out numerous times.

"Why? it is 2021. why would you choose box braids??" the comment reads. "Black people have been insanely vocal about why this is a problem for YEARS. WHY???"

One even noted Mitchell's recent comments about her own experiences with racism while growing up in Canada to a white father and Filipino mother. She also spoke to raising her daughter, Atlas, who she shares with longtime boyfriend Matte Babel, who is half Black.

"We’re learning how to have those appropriate conversations," Mitchell told Women's Health in regards to discussions about race. "It starts with her dolls, with the toys she plays with, and the books we read to her, that have all different colors and ethnicities."