Victoria's Secret featured a 'realistic' model in a bikini and fans are ecstatic: 'Thank you for real bodies'

A new Instagram post from Victoria’s Secret is more proof that the brand is moving confidently into a different, more inclusive direction.

The image, which promotes the Summer Solstice sale event, features Dutch model Jill Kortleve, who is of Dutch, Surinamese, Indian and Indonesian descent, standing on a rock in front of the ocean. She sports a floral pink bikini as she hides her face from the sun.

While Kortleve looks awesome in the image, it’s no doubt a different kind of bikini shot for Victoria’s Secret. Kortleve is curvier than many of the recently retired Victoria’s Secret Angels, who were often chastised for depicting wildly unrealistic bodies to their audience, with their long torsos, even longer legs and ultra flat and toned stomachs.

Yet the image itself is also different: It’s not quite so sleek or airbrushed. Even Kortleve’s tattoos are on display in the image — something no Victoria’s Secret Angel has ever rocked in a photoshoot for the brand, which once prided itself on promoting “fantasy.”

While some Victoria’s Secret followers criticized the brand for doing away with its signature models, many applauded the change in the comments section. One wrote, “Omg who is the amazing beautiful person who looks like a person I might see on a beach instead of a fashion show?! The angels are gorgeous but most of us who are not models can’t relate to how they look in VS styles compared to us!”

“Now you guys are talking!” a follower added. “Better late than never. #AllBodiesAreBeautiful.”

“Thank you for real bodies,” said another.

Another shared, “I’m loving the comeback VS is making.”

Victoria’s Secret has made major changes to its brand recently. It comes on the heels of several years of controversy, including a story about a corporate culture described as “abusive” as well as transphobic remarks made by its parent company L-Brand’s chief marketing officer Ed Razek.

Mostly, though, changing public sentiment towards inclusivity turned customers away from Victoria’s Secret. Proof included its sinking viewership numbers at its once star-studded and celebrated annual fashion show, which it retired in 2019. Many cite the fact that the company’s formerly tried-and-true method of branding that involved thin, mostly white supermodels was suddenly compared to brands like Aerie, Third Love and Savage x Fenty, which were highlighting and elevating their lingerie on bodies that didn’t fit the traditional VS mold.

In June 2021, Victoria’s Secret swapped out its supermodel Angelsfor The VS Collective, writing in a statement on Instagram, “These extraordinary partners, with their unique backgrounds, interests and passions will collaborate with us to create revolutionary product collections, compelling and inspiring content, new internal associate programs and rally support for causes vital to women."

If the comments from these happy followers on their recent Instagram post say anything, it’s that as Victoria’s Secret moves into its next era — which includes a new branding look and new, more inclusive faces — it’s picking up new fans along the way. 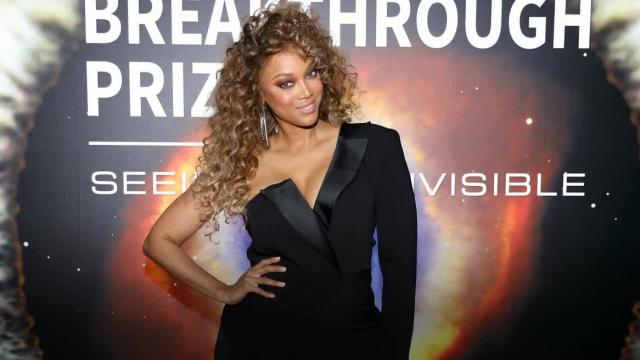 Tyra Banks is giving Victoria's Secret her stamp of approval. On Thursday, the 47-year-old supermodel shared a throwback from her runway days to react to the lingerie company's rebrand, which was announced this week. Victoria's Secret, in a New York Times article, said it will no longer feature "Angels" and will instead feature a group of women, including Megan Rapinoe, Priyanka Chopra Jonas, Valentina Sampaio, Eileen Gu, Paloma Elsesser and more.