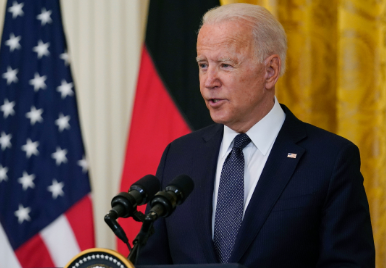 U.S. President, Joe Biden has authorised $100 million in emergency aid for refugees from Afghanistan, the war torn country that the US recently withdrew it's forces from after an almost 20 year old invasion.

The money will be used to meet the “unexpected urgent refugee and migration needs’’ of people in the country, a White House statement said on Sunday , July 25

The funds will also be available to those who worked with the U.S. military on the ground in Afghanistan and who have applied for special immigrant visas to the U.S since the Taliban started taking territorial gains in Afghanistan.

Biden in May this year announced that the withdrawal of US troops will end on Aug. 31 with the only U.S. soldiers to remain on the ground after that date to be those who protect the U.S. embassy.

The US invaded Afghanistan in 2001 following the terrorist attacks on New York City by Al Qaeda.