Big Brother Naija star, Khloe has tackled popular aphrodisiac seller Jaruma after she asked who her plastic surgeon is.

Recall that Khloe had in 2020, admitted that she underwent a butt lift surgery. Jaruma who complimented the reality show star on how the surgery turned out, noted that Khloe has never tagged her surgeon to her post even though he did a good job.

Claiming that Khloe was skinny and was told to add weight by the surgeon, Jaruma alleged that her own doctors told her to lose weight before undergoing plastic surgery. 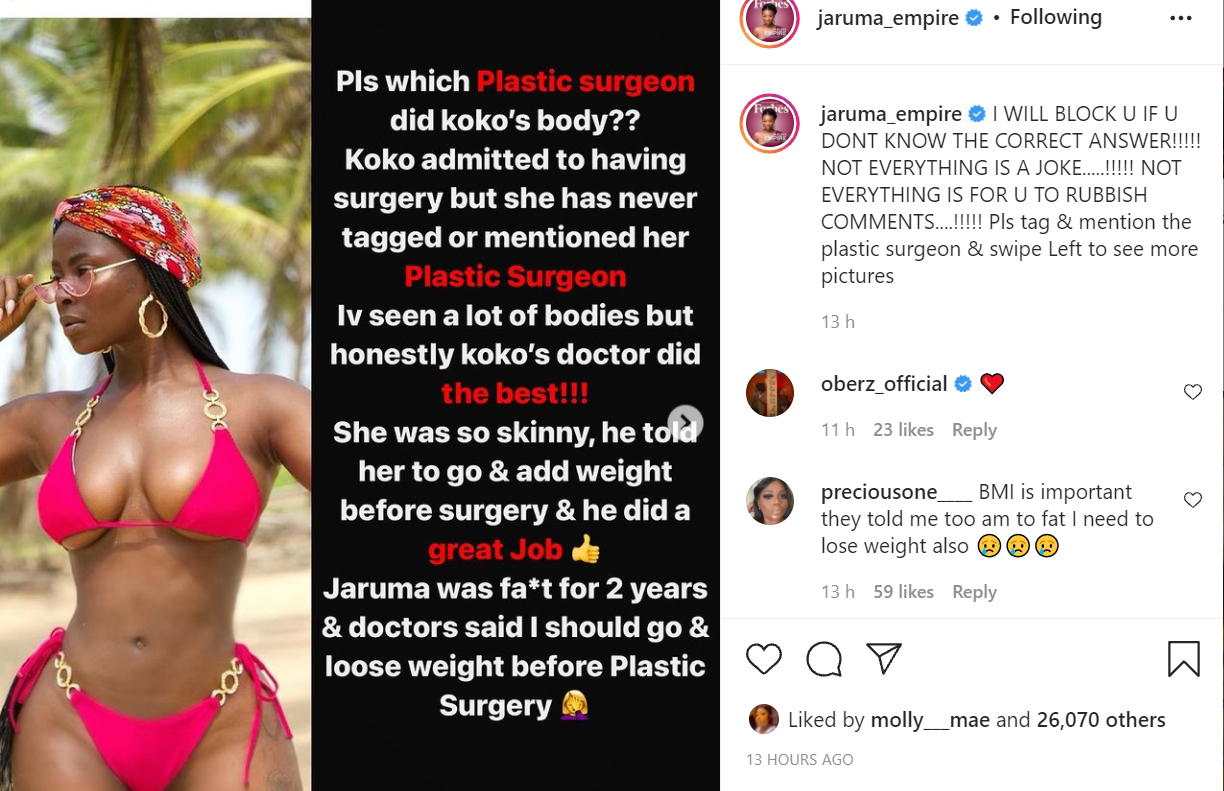 Responding to this, Khloe told social media users to be careful as they risk having their bodies "spoilt" by surgeons.

The reality show maintained that no one asked her to add weight, and further disclosed that she went to the surgeon with her "fat ass and small belly". She also revealed that the reason she added weight before her sugery, was because she was 'eating like a fool'.

Insisting that no one knows her surgeon and she only knows what she did to achieve the body she now has, Khloe warned Jaruma to keep her name out her mouth and go find her own doctor, following things she allegedly said about her before now.

She also wondered why one will speak bad of another person and say they hate them, and then turn around and ask for their doctor.