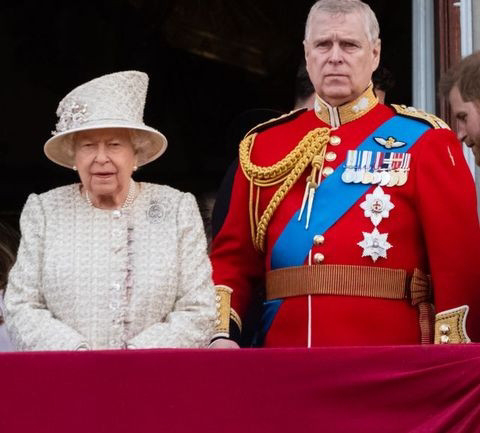 The Duke of York is being sued in New York by Virginia Giuffre, now 38, who claims he sexually abused her on three separate occasions when she was 17  in London, New York and on billionaire paedophile Jeffrey Epstein's Caribbean island.  Andrew, 61, has strongly denied the allegations.

Her Majesty, 95, agreed to pay for the duke's legal defence last year shortly after his disastrous interview on BBC Newsnight, according to the Daily Telegraph.

The duke last week expanded his American legal team to include Melissa Lerner alongside his lead counsel Andrew Brettler.

The Queen will source funds from her private Duchy of Lancaster estate, the paper reported.

Royal courtiers expect the bill will run into millions as the civil case against Andrew continues for months or even years with a potential settlement or damages payout that would cost millions more on top of the overall bill.

In a 2019 interview with the BBC, the Duke of York claimed he had no memory of ever meeting Roberts, now a 38-year-old mother-of-three who lives in Australia and goes by her married name, Virginia Giuffre.

But a now-infamous photo, taken inside the London townhouse of Epstein's alleged madam Ghislaine Maxwell, shows Andrew smiling for the camera with his arm around Roberts' waist while Maxwell stands in the background. Maxwell has denied being a madam.

Lerner, who has represented famous celebrities in the past, requested that she be allowed to represent Andrew with a motion for admission, a formal request to be somebody's attorney.