Denzel Washington tears up on 'Colbert' while talking about his late mother: 'I didn't cry at her funeral' 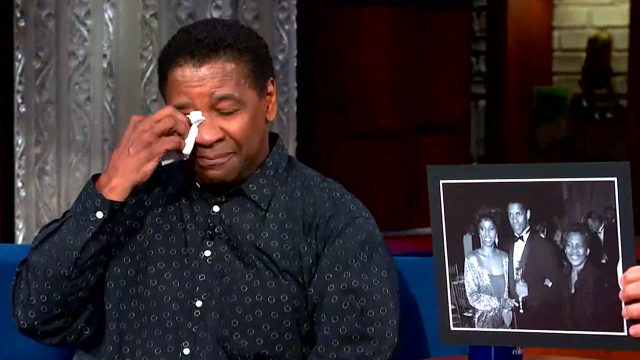 Waterworks were flowing Wednesday on The Late Show With Stephen Colbert as Denzel Washington broke down while discussing his late mother, Lennis Washington, who died in June at the age of 97.

Colbert brought up a quote Washington said about a mother being a boy’s first true love, and the host asked the actor how he is honoring that love with his work. That’s when the Oscar winner was hit with some unexpected emotions.

“A mother is a son's first true love. A son, especially that first son, is a mother's last true love,” Washington began. “That's... I'm getting choked up. Sorry.”

Washington, who stars in the new Joel Coen film The Tragedy of Macbeth, went on to say that his mother was there for everything throughout his life and career, but “she went home,” before asking Colbert for a tissue.

The emotions of the moment caught up with viewers at home, who took to Twitter with comments like “Crying with Denzel Washington tonight was not something I had on my agenda.”

#Openness about #loss is so #empowering to others ! #ThankYou#DenzelWashington #LSSCunforgettable presence ! ☺️💯🙌🏼✨

TONIGHT: Denzel Washington opens up about losing his mother this year, at age 97. #LSSCpic.twitter.com/ODr0kqwlry

After sitting for a moment in an attempt to gather himself, Washington then told Colbert that he didn’t even cry at his mother’s funeral. And when the host asked why he thinks that is, the answer was a perfect way to lighten the mood.

“I don't know. I guess I saved it up for you,” Washington said, laughing. “For crying out loud!”

But Washington, who is the father of actor John David Washington, did choose a pretty good shoulder to cry on, considering Colbert lost his fatherand two of his older brothers in a plane crash when he was just 10 years old, and his own mother died in 2013.

So when Washington closed his interview by saying, “Hug them, love them,” Colbert simply added, “I know it well.”

The Late Show With Stephen Colbert airs weeknights at 11:35 p.m. on CBS.

Watch Tom Holland describe how he ended up on a FaceTime with blood pouring down his face: 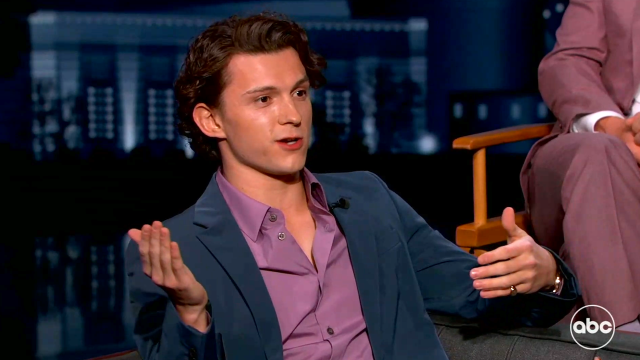 On Jimmy Kimmel Live Monday, Tom Holland, Zendaya, Benedict Cumberbatch, and Jacob Batalon - also known as the stars of Spider-Man: No Way Home - sat down for a long chat. And after Kimmel showed a photo of Cumberbatch skateboarding on-set while dressed as his Marvel character, Dr. Strange, a conversation sparked about extracurricular activities among the actors. And Holland revealed what he did to blow off steam after years of being under contract for his role as Spiderman. “I went skiing right after we finished this movie because, you know, my contract is up. So finally I’m allowed to do things I couldn’t do before. So as soon as I finished I went snowboarding, and I have an amazing photo of me Facetiming you with blood all over my face,” Holland said, gesturing toward his girlfriend and co-star Zendaya. Holland and Zendaya, who are dating, confirmed their relationship back in July after it had been rumored to be going on for years. But no matter how long they’ve been together, he is clearly still trying to find ways to impress her. “Everyone was like, ‘Wipe it off,’” Holland said. “And I was like, ‘No, I look cool.’”