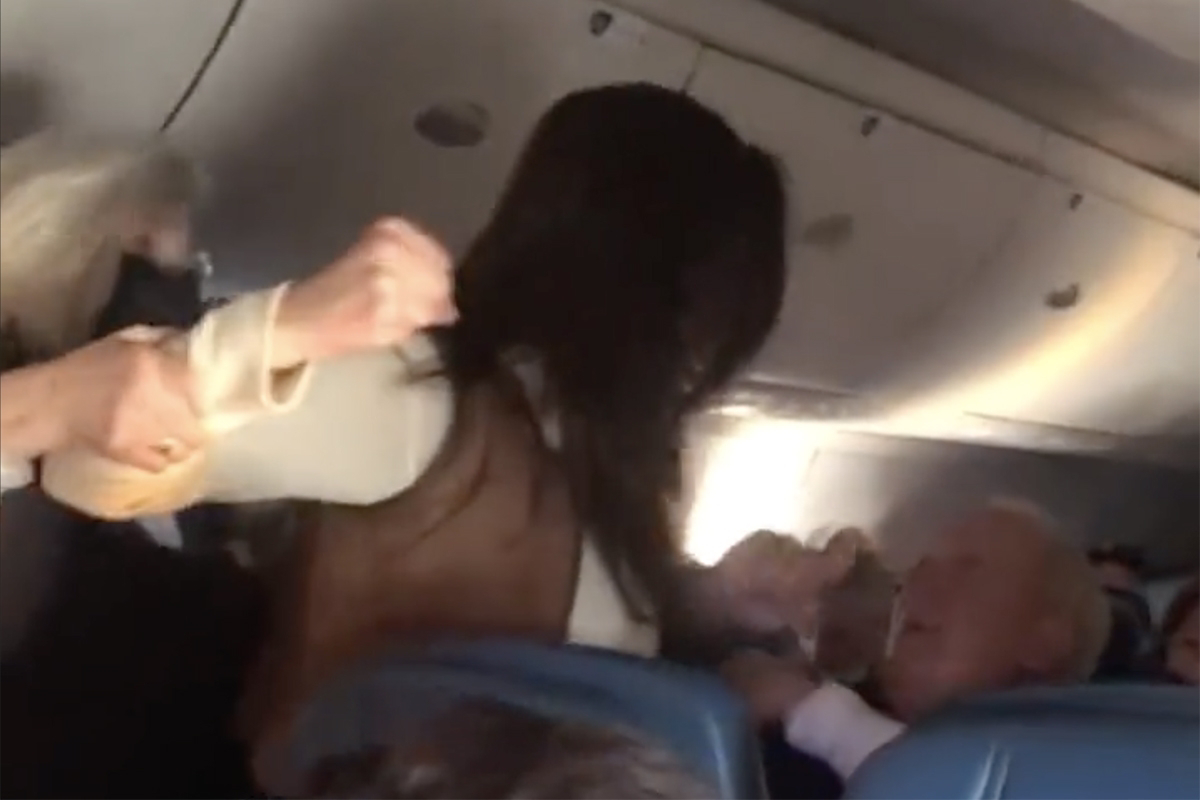 A woman trying to reach Atlanta before Christmas ended up in FBI custody after she caused a mid-air “disturbance” that injured fellow airline passengers and the Delta flight crew, according to the Atlanta Police Department.

Atlanta police officers were waiting when the flight landed “in reference to a disturbance call involving an unruly passenger,” officials said in a Dec. 25 press release.

“When the aircraft arrived at the gate, officers were able to meet with exiting passengers who advised that the suspect, Ms. Patricia Cornwall had caused a disturbance while in the air,” officials said.

“This disturbance (led) to the injury of fellow passengers and Delta employees. Based on the statements gathered and visible evidence, officers detained Ms. Cornwall and contacted the on-call FBI agent.”

Cornwall was taken to an Atlanta police precinct and later taken into custody by the FBI, officials said.

Details of what caused the disturbance and the extent of injuries were not released.

A video recorded on a Tampa-to-Atlanta Delta flight was tweeted Dec. 24 by ATL Uncensored/Atlanta News, and it shows a woman standing in the aisle cursing at a seated male passenger.

Crew members are seen trying to restrain the woman, who slaps the man across the face and tells him multiple times to put on his COVID-19 face mask. (She has her mask pulled down below her chin in the video.)

Someone in the video reports a woman “went crazy on the airplane, punched this man in the face, spit on him, scratched him (and) poured hot water on my leg.”

The Justice Department on Nov. 24 directed U.S. attorneys general to prioritize cases against those who “endanger the safety of passengers, flight crews and flight attendants.”

“Passengers who assault, intimidate or threaten violence against flight crews and flight attendants do more than harm those employees; they prevent the performance of critical duties that help ensure safe air travel,” Attorney General Merrick Garland said in the release. “Similarly, when passengers commit violent acts against other passengers in the close confines of a commercial aircraft, the conduct endangers everyone aboard.”