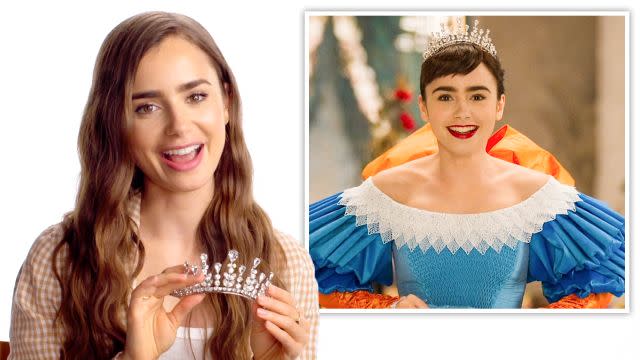 On December 25, Queen Elizabeth IIgave an emotional Christmas address—but there were a couple of royal family members who were left out.

Most of the Queen's annual broadcast (which you can read in its entirety here) was dedicated to the memory of her late husband, Prince Philip, who passed in April 2021. However, the royal matriarch did name-check her son Prince Charles, her grandson Prince William, and his wife Kate Middleton while speaking of Philip's legacy.

“Prince Philip was always mindful of this sense of passing the baton. That’s why he created The Duke of Edinburgh’s Award, which offers young people throughout the Commonwealth and beyond the chance of exploration and adventure. It remains an astonishing success, grounded in his faith in the future,” the Queen said. “He was also an early champion of taking seriously our stewardship of the environment; and I am proud beyond words that his pioneering work has been taken on and magnified by our eldest son Charles and his eldest son William - admirably supported by Camilla and Catherine - most recently at the COP climate change summit in Glasgow.”

Prince Harry and Meghan Markle were left unmentioned. This might not have raised eyebrows—the Queen was, after all, speaking specifically of the Cambridge's recent environment efforts—if not for recent reports that the Duke of Sussex felt “erased” from his grandmother's 2019 Christmas address.

According to royal biographer Christopher Andersen, who spoke to Us Weekly in early December, the Queen made a last-minute decision to exclude Harry, Markle, and baby Archie after learning of her grandson'swish to step back from his senior royal title. (The couple didn't announce their decision until January 2020.)

“The queen hasn’t decided what to do about [Prince Harry's decision to leave],” Andersen told Us Weekly. “There’s a point at which—just before she gives a speech to the director on set—[she is] asked which photographs she wants in the shot next to her.” The queen reportedly pointed to a photo of the Sussex family and said, “We won’t be needing that one.”

The omission of his family was reportedly painful for Prince Harry. “I think that was a hurtful [thing for him to see],” Andersen continued. “A friend of Harry’s told me that he felt that he was being erased in a sense from the family. And it was right after that, that they made their [decision to leave the U.K.]. I think that was one of the things that prompted them to issue the statement that they were stepping back from royal [life for a] full-time real life.”

He continued, “It seems very subtle, but when you think about it, when somebody cuts you out of the family album, so to speak, it’s a pretty strong message.”

This year, the only photo featured on the White Drawing Room desk at Windsor Castle was of Queen Elizabeth and Prince Philip.