Trump yelled 'what the hell was that?' after the White House's Middle East plan went off the rails: bookGrace Panetta,John Haltiwanger 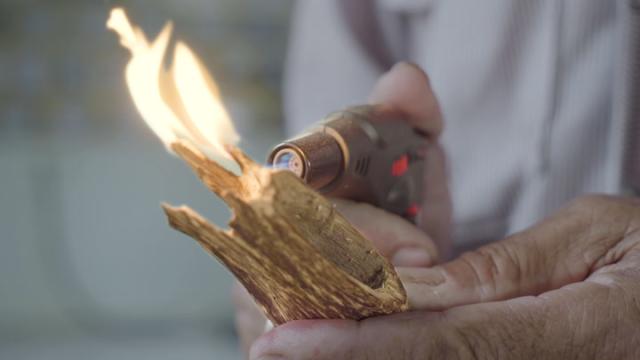 Former President Donald Trump yelled, "what the hell was that?" at his aides after the White House's January 2020 unveiling of the White House's Middle East peace plan went off the rails, the author of a forthcoming book on US-Israel relations told the Forward.

Barak Ravid's book "Trump's Peace: The Abraham Accords and the Reshaping of the Middle East," which goes inside the US-Israel relationship during the Trump years. Trump heavily emphasized cultivating a close relationship with Israel and then-Prime Minister Benjamin Netanyahu, and put his son-in-law Jared Kushner, who already had a previous relationship with Netanyahu, in charge of the White House's Middle East relations.

Trump's relationship with Netanyahu had already soured leading up to the rollout, Ravid told the Forward, with Trump feeling like some of his pro-Israel moves, including recognizing Israel's annexation of the Golan Heights from Syria and moving the US Embassy to Jerusalem, hadn't been sufficiently appreciated and reciprocated by Netanyahu.

In early 2020, the Trump administration unveiled a "peace plan" for the Middle East. The so-called "Deal of the Century" involved no discussions with Palestinian leaders, and they promptly rejected it.

Critics said it was misleading to call it a "peace plan," dismissing it as little more than a PR stunt for Netanyahuahead of an election.

"There was no meaningful consultation with the Palestinians over the past two years, and the result is a plan that would be very difficult for any Palestinian leader to accept and defend to their people," Dan Shapiro, the US ambassador to Israel under former President Barack Obama, told Insider at the time.

The plan, crafted by Kushner, overwhelmingly favored Israel on a number of contentious issues. Among other elements, the plan pledged to keep Jerusalem as Israel's undivided capital, recognized Israeli sovereignty over settlements in the occupied West Bank considered illegal under international law, and stipulated that Israel would provide for Palestine's security.

After several months of plan being put on hold partly by Netanyahu's inability to form a government, the two leaders finally unveiled it on January 28, 2020, at the White House. But things didn't exactly go as planned.

And at the event itself, as the Forward put it, "Netanyahu caused an uproar by suggesting the U.S. initiative was a green light for the annexation of the occupied West Bank."

Even though the peace plan opened the door for Israeli to eventually annex around a third of the West Bank for security or religious reasons, the White House "was not ready to endorse an immediate unilateral annexation," The New York Times put it at the time.

Another former Trump official told Ravid that in their view, Netanyahu used Trump "as a flowerpot" at the ceremony for his own political gain.

Israel, under pressure from the Trump administration, later delayed plans to move forward with the annexation of the West Bank ahead of its March 2020 elections.

The relations between the two leaders reached its worst point after the 2020 election, when Trump was enraged over Netanyahu acknowledging President Joe Biden's victory, telling Ravid, "fuck him" in an interview for the book.

"I think that when Trump speaks about loyalty, I don't think that he speaks only about the congratulations to Biden," Ravid told the Forward. "It was a broader expectation that Netanyahu would give him the same political support domestically that he gave him in Israel."