Welcome to hell... you will die in this meat grinder' Ukrainian MP warns Russian troops 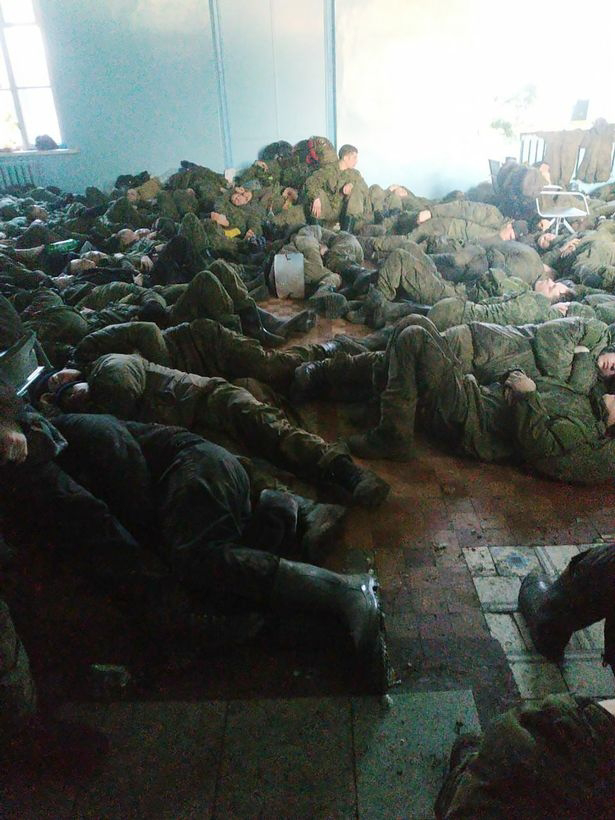 A Ukrainian MP has sent a bleak warning to invading Russian soldiers that they're entering "hell" where they will die.

In a firebrand speech to the Verkhovna Rada parliament in Kyiv, politician Oleksiy Goncharenko, 41, told Vladimir Putin’s forces : “You wont leave from here, we promise you this.

“Welcome to hell. We can say, you will die here .

“Die like lousy dogs if you enter our country. And your generals throwing you to this meat grinder will run away first.

“So drop your (weapons) and go back home to your wives and kids. You have nothing to do here.

Roman Dudin, head of the SBU security service of Ukraine in Kharkiv region, today said that Russian troops along the country's borders are carrying out manoeuvres.

“The military presence is gradually increasing, there are no elements of withdrawing troops from the state border of Ukraine after the so-called exercises," he said.

"Today, according to our information, their best tactical group has only 70 per cent of serviceable equipment. 30 per cent of equipment is defective.

According to Dudin, Russian troops have purchased 45,000 cellophane bags to transport corpses.

"However, I think, according to the ancient Russian tradition, they will bury them just in the middle of the field or in these nameless graves," he added.

Disturbing photos of Russian soldiers, many of whom many not share the expansionist views of those in the Kremlin, packed into barracks emerged this week.

The images show the young soldiers from the 2nd Motorised Rifle Division like ‘herrings in a jar’ some 13 miles from the frontier at Dolbino railway station.

More than 100 are crammed into a waiting room where they were dumped for five days, according to reports.

The “nightmare” scene was reported to the Committee of Soldier’s Mothers, a group which has campaigned against abuses in the Russian army.

“They settled down as they could, like herrings in a jar,” said the committee.

“They had to sleep right on the tiled floor. Some were forced to dry their soaked uniforms on the radiator.

“There was no sign of any food. There is no water either.

“Neither drinking water, nor to wash their hands.”

How long the soldiers can withstand the conditions, in areas where the temperature is currently plunging well below zero at night, remains to be seen.

The military may be forced to move some of the soldiers back into Russia or further into Ukraine due to the hostile conditions and poor living standards of where they're currently stationed.

Western intelligence estimates that roughly a third of the overall Russian forces are now believed to be “tactically deployed” in frontline positions “poised for operations”.

Nick Reynolds, a land warfare analyst with the Rusi thinktank, told the Guardian: “If the troops are to be used then they will likely be used very soon, while they are as fresh as possible” and concurred with the assessment that commanders would want to move them on in “a few days” if they are to be effective."